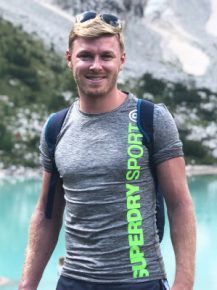 Chris’ passion for numbers is what first interested him in pursuing a career in finance. However, it was at his graduation from Lancaster University in 2009, after being inspired by a speech from Saatchi & Saatchi Chief, Kevin Roberts, that he decided the advertising industry was the right place for him to practice his trade.
At 26, Chris grasped his first Finance directorship, joining McCann Worldgroup as one of their youngest agency spearheads, leading Lakestar Media. Following this, he moved 3,512 miles across the globe to Dubai to lead the commercial finance function at MCN before joining MullenLowe MENA as the Regional Finance Director shortly thereafter.
Chris’ other passions include football and travelling. He is an avid Manchester United fan who religiously stays awake until the early hours to watch every game and if there’s a long weekend on the horizon, you can rest assured Chris has a foreign itinerary planned somewhere.
Leading end-to-end finance as well as owning the commercial environment, Chris has a passion for the product. He is unlike your stereotypical finance-bod, he has the pulse of the agency, partnering with the leadership team and often front-of-house with clients. Bestowed upon him, “C-money,” is the agency title you won’t see printed on his business cards. And don’t let the fresh face fool you, Chris has Italian blood and is our baby-faced assassin.